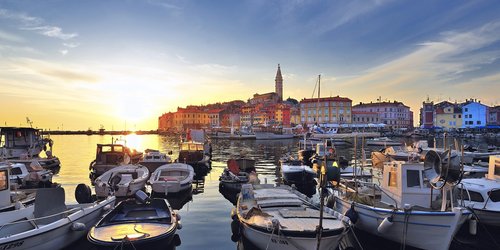 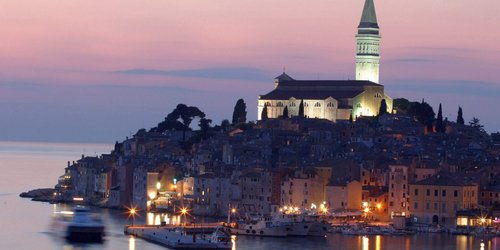 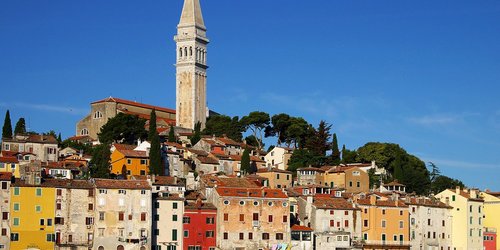 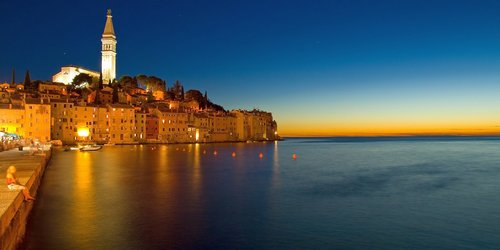 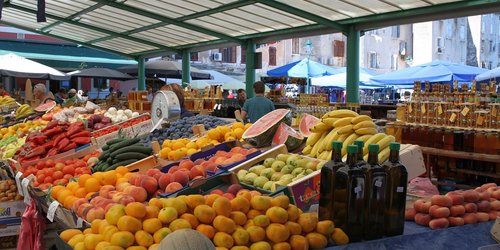 Mysterious and romantic, Rovinj is one of Croatias most visited cities that you will never forget.

The core of the settlement is on a peninsula that was an island until 1763. From there the city spread in a form of a fan towards the flatlands of South Istria.

In the early Middle-Age, around the small church of St. George, fortresses had been made, and during the 18th century a monumental Baroque church complex with the big and famous church of St. Euphemia that was built mostly by Italian craftsman. St. Euphemia is a patron of the town, a martyr whose remains are believed to be brought by the sea in a stone sarcophagus.

Other architectural monuments are the Romanesque Church of Holy Trinity from the 13th century, the Baroque Balbi's Arch from the 16th century, numerous Renaissance and Baroque palaces and many more.

The area around Rovinj was inhabited from Pre-Historic period with the Histria tribe that flourished while trading with the Greeks and the Etruscans. The town was mentioned for the first time in the 6th century.

Around 30 km north of Rovinj is the Istrian Stonehenge- Maklavun, Mordele and Picugi, which are not on the touristic map but are surly worth a visit.